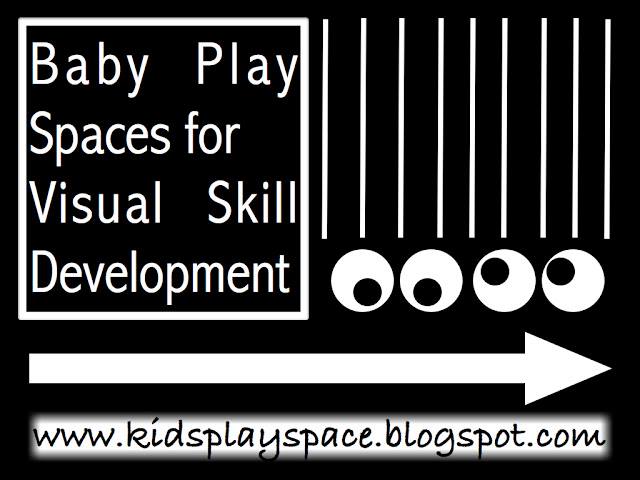 Our eyesight matures for months after birth, so encouraging baby's visual skill development from day one is important.
"While your newborn's eyes are physically capable of seeing just fine at birth, his brain isn't ready to process all that visual information, so things stay pretty fuzzy for a while. As his brain develops, so does his ability to see clearly, giving him the tools he needs to understand and manage his environment. Though your baby starts out life being able to see only as far as your face when you hold him, his range of clarity grows steadily, month by month." ( Baby Center)
Watch out for these milestones (Very approximate age indications):

1. Focusing on your face, and other faces 'up close and personal' (20-30cm away) - ie. when held in the arms. For the first month or two, it's hard for babies to differentiate similar colours, so patterns with high contrasting colours (black and white being the highest contrast) are recommended.
2. Both eyes tracking objects (toy/rattle) or your head (eye contact) when moved from side to side (1 mth)
3. Colour differentiation. More complex tracking of objects/faces/people. (Books/toys in bright colours such as primary colours.)  (2 mths)
4. Depth perception / visual motor coordination. Focussing on something, reaching out and grasping it. (4 mths)
5. Recognises people/objects across the room, almost adult clarity and depth perception, most likely eye colour has settled. (8 mths)

Toys for visual development:
There are mountains of expensive and pretty cute toys in the shops, but honestly, eye development can be encouraged just as well with readily accessible environments - 'toys'/ 'play spaces' such as ...

* You, and others' faces - spending lots of time engaging with baby (incidentally, this is how to lose track of literally hours early on  - just gazing and ooh-ing and ahh-ing at baby!!);

* ANYTHING bright!  - Babies don't know what cost a lot of money, was designed for babies and sold in fancy boutiques, nor do they care! Pretty much anything can be interesting to a baby - what's at hand? A red camera case, a colourful scarf, some shiny earrings, a chunky necklace/ bracelet, a plastic spoon, a bit of gift wrapping paper or ribbon....

* Lying outside under washing hanging on the line, or a tree - watching the clothes/leaves wave about, or simply watching the white clouds roll by a backdrop of a clear blue sky... 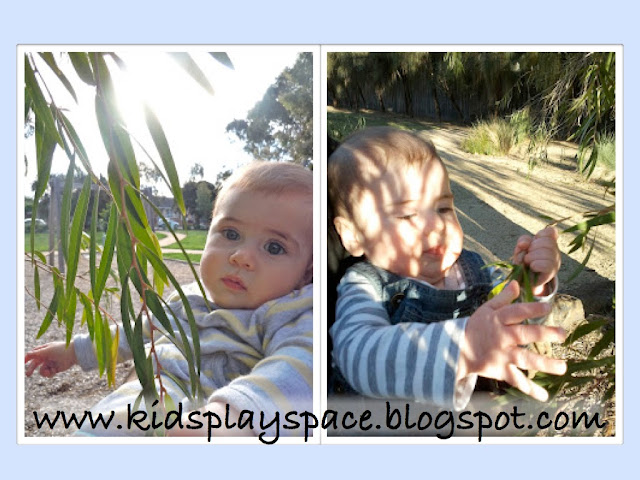 High Contrast toys/play spaces:
We had a couple of great toys given to Master B. as gifts when he was born with high contrast elements - a much loved navy/white striped monkey which plays John Lennon's Let it Be; and a play mat with a black/white striped arch. I was always fascinated that he would spend such a long time gazing at the arch rather than the hanging toys not too far above him! 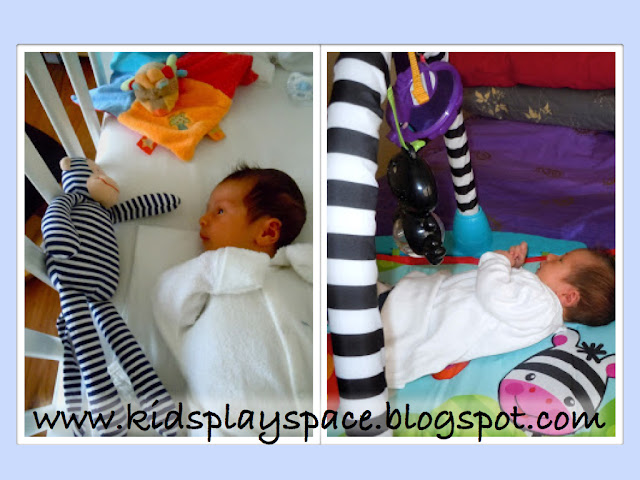 Other great high contrast things to focus on:
* stripes/shapes/swirls etc scribbled with a thick black texta on plain white paper - hung or positioned nearby (on change table or by baby's mat on the floor or stuck to the window ...)

* scarves/clothing with high contrast patterns - any chefs in the house with checked pants? - any proud Aussie Rules supporters? - Especially Magpies or Blues? - drape those scarves and hats about baby and call it helping baby's eyes - not early indoctrination into your favourite team at all!!!

* print off some images online - black/white - bold! A checker board is perfect! 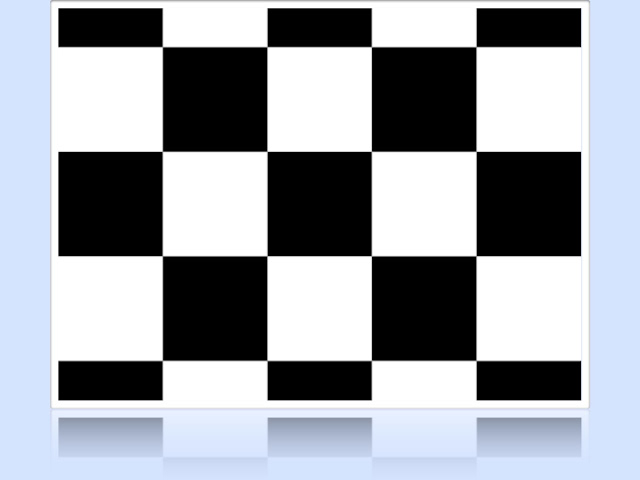 * draping a dark cloth (towel, tea towel, scarf, T-shirt...) down behind a section of the white cot to create a black/white 'wall' with the cot bars...

Note: Babies need time to take in their environment and whatever is in placed/ waved in front of them - we are more likely to get bored and want to move on, mix it up and change the scene or activity much sooner than they are ready - it's time to get in tune with what baby's interested in and slow down!
* * * * * * * * * * * * * * * * *
If you enjoyed this post, you may also be interested in these from Kids' Play Space...
The Value of Water Play
Sensory Shaker Bottles
Bedroom Post Office
Thanks for visiting Kids' Play Space!
Happy playing,
'til soon,
Anna :-)