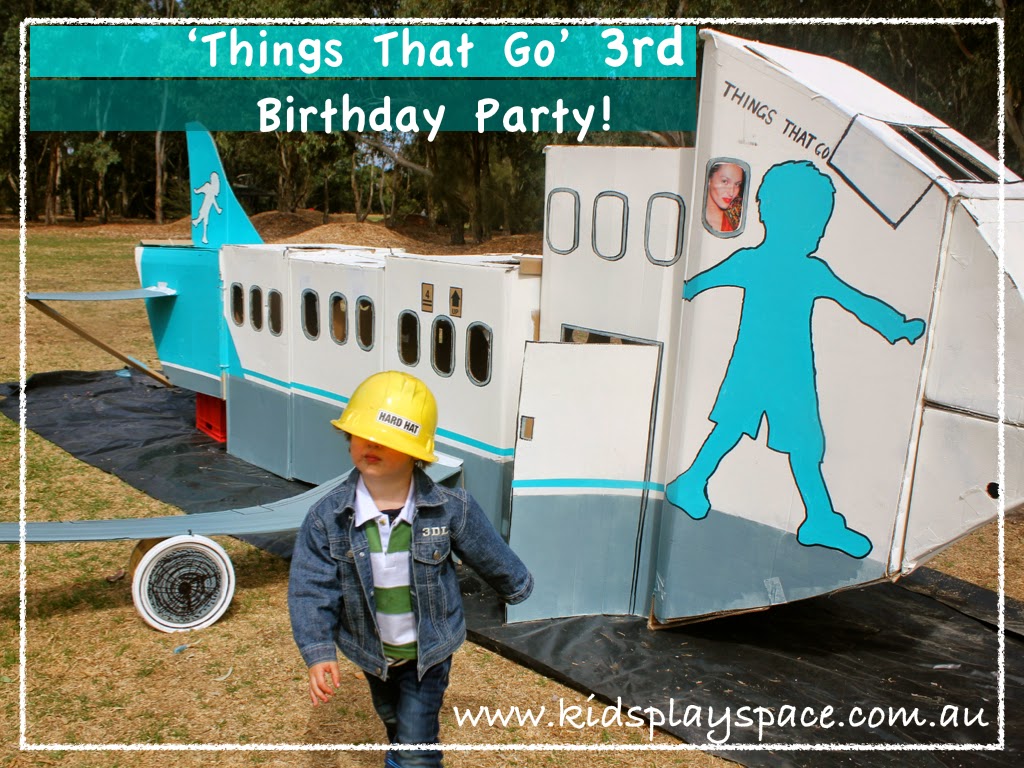 Just over a month ago, our baby, B, turned 3! We had such a great time at his 'Things That Go' themed party, featuring lots of his favourite obsessions of the moment, that I wanted to share some of the fun here at Kids Play Space! My little helper and I both had a blast working through the preparations as well as having truck loads of fun on the day itself! ...but I think it's fair to say the contribution made by B's grandad (my dad) pretty much stole the show! He's like some kind of super  'Pinterest Dad' without even knowing what on Earth this thing called 'Pinterest' is!!!
The invitations: Little trucks, with the invite details (party in the park) and some 'touch and feel cargo' stuck onto the front, and cardboard with a magnetic strip attached to the back (to be stuck onto the fridge easily).  It could also be used as a magnetic truck moving about the fridge (or wash machine)... B loved referring to it and talking about the party in the lead up to the big day!
We'd made a special request on the present front: for guests to bring, if they could -a 'things that go' photo (truck, bus stop, train, boat, bike, recycling truck, concrete mixer, tractor, fire engine...etc etc) with "bonus points if they can get themselves in the photo too!" These photos have gone into a super duper bumper customised photo album of vehicles of all types AND friends and family! He LOVES it and we are continuing to add to it. 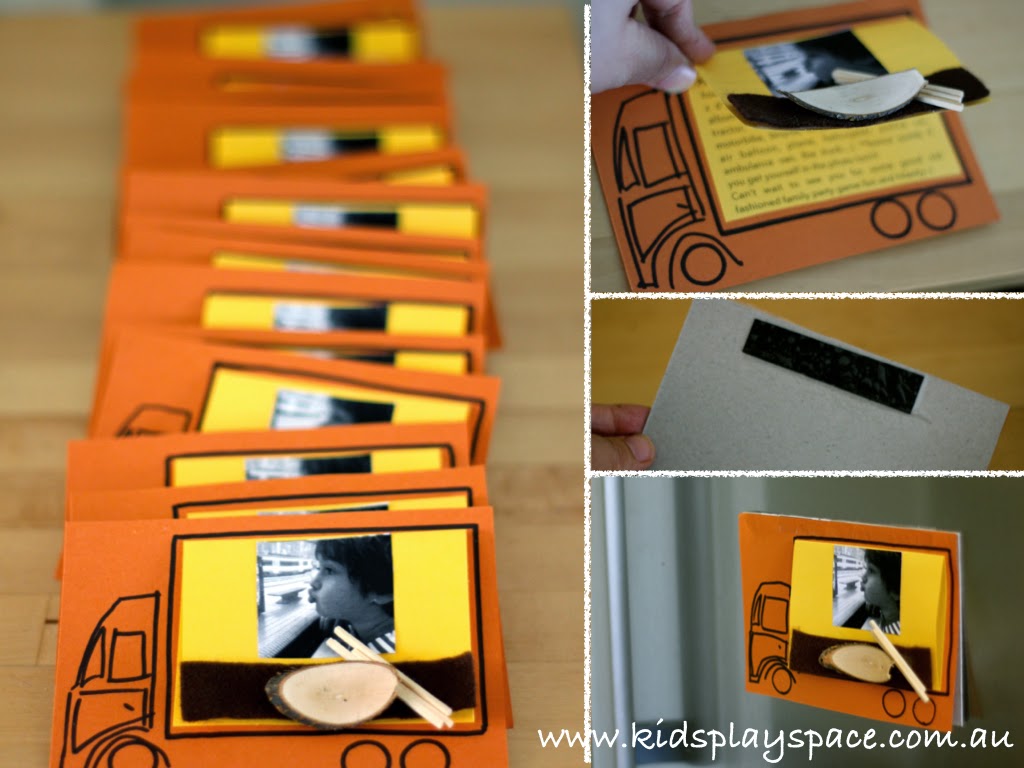 We had a lot of fun making aeroplane and tractor gingerbread cookies... although, it took a long time as I was struggling for tray space, what with 'elephants' (the bigger bits), a 'monkey' (the round, questionable shape), a whole lot of little 'sparkles' and the neighbour's dog, 'Bonnie'!!! We had a lovely sensory experience here - mixing, rolling out, squishing, pressing the shapes out... 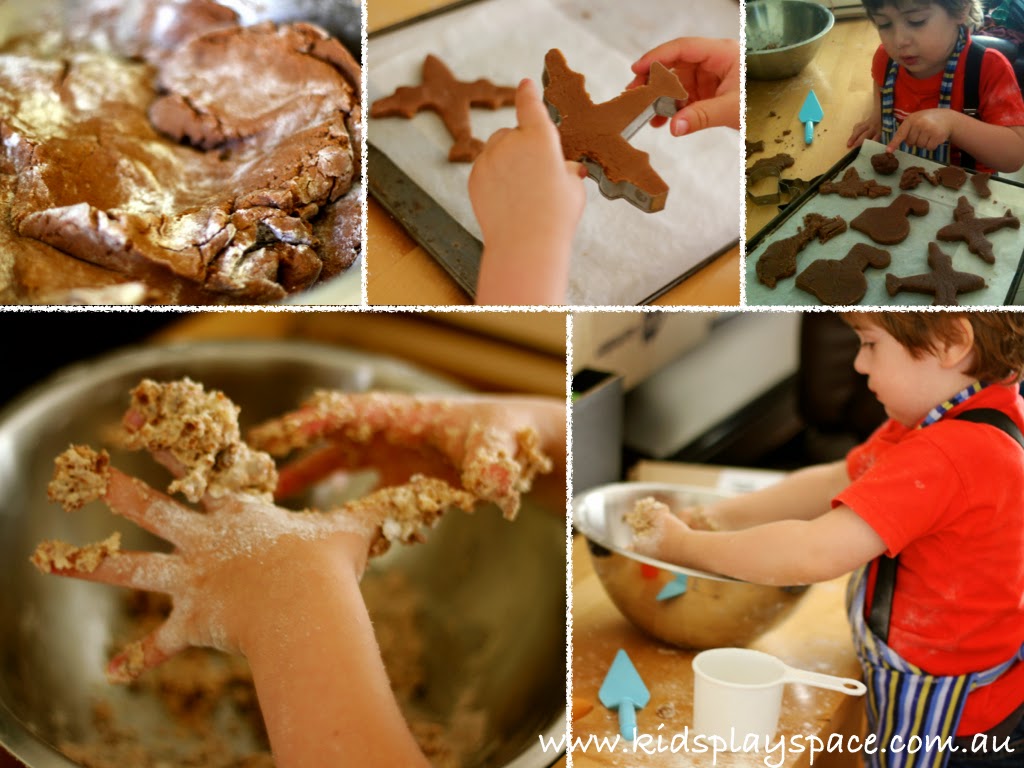 In the meantime, B's grandad was causing a scene for the entire street (after B's nana suggested their living room may not be the most appropriate workshop arena)... making... can you guess?  - An actual, real life (toddler) sized aeroplane!! B has been totally and utterly obsessed with planes since our recent overseas trip at Christmas, and was mesmerised by the work in progress: "What you doing Grandad?" ...we were all wondering the same thing! 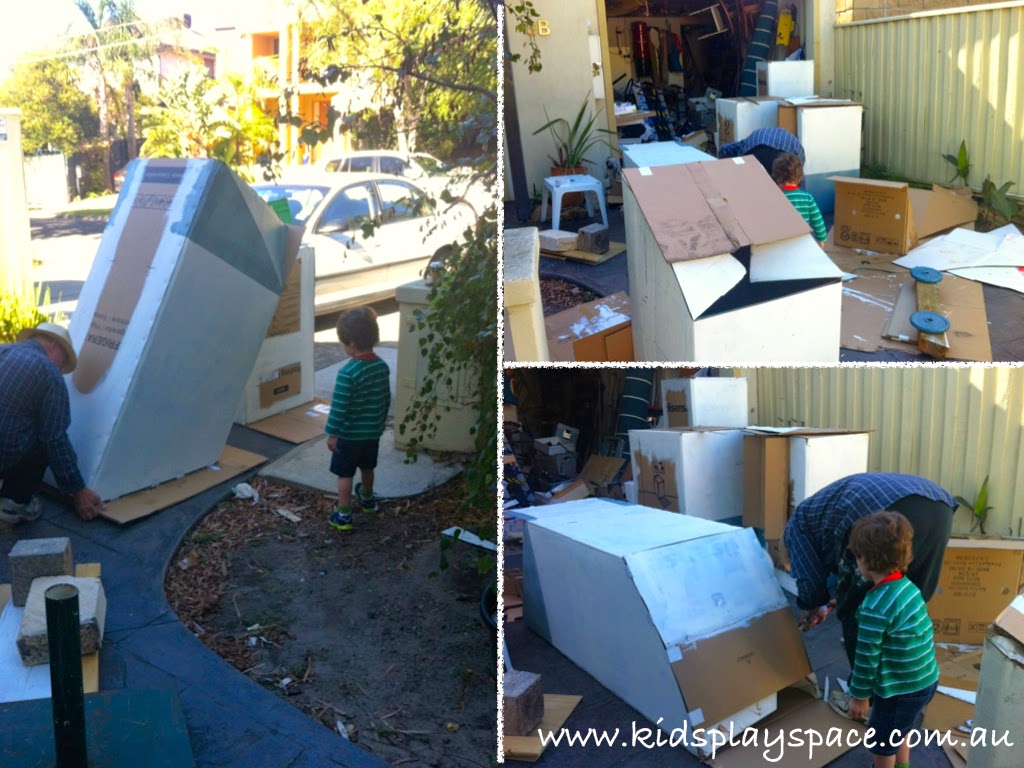 I'd had a lovely time turning the food containers into colourful train carriages for the centre of the picnic table - it was quick and easy (and fun) work for me whilst winding down at night in front of some trashy TV, and B had fun with the left over art set up the following morning with an Invitation to Paint a Train with Cardboard Tubes!
When I showed my dad/ B's grandad my handy work (knowing all too well, I'm pretty much a 'chip off the old block'), he responded with: "Ooh! That looks like a lot of work! Don't go overboard Anna!" (...Says the man, who was contemplating needing to hire a semi trailer truck to get his cardboard aeroplane to a casual 3 year old birthday party BBQ in the park!!!) 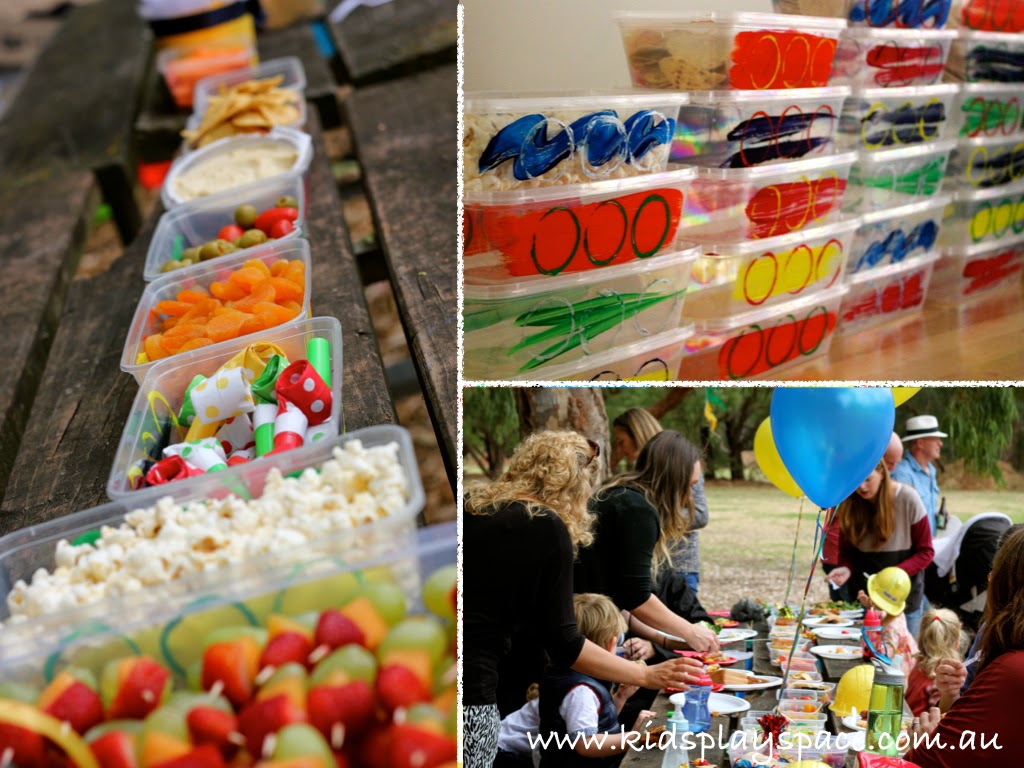 On the party day, the whole family got stuck into aeroplane construction mode under project manager, Grandad's instruction. He contemplated: "I think it's bordering on eccentric!"... "Bordering?" I replied!! We did play pass the parcel, musical statues, and which team can fill their tub with coloured balls first... but we just didn't get around to a number of other pre-prepared games like egg and spoon races, as it was really ALL about the coolest little plane in town!!! 'Grandad of the Year Award' right here!!
Landing strip; witches hats/ construction cones along the runway; full-on authentic take off and landing sound effects; peep hole windows and fully functioning doors for the kids; a personalised logo, wings and engines, and ... wait for it... capacity for 3-4 adults to hop inside and take it for a full flight - circuiting the large grassed oval - which adults and kids alike enjoyed following with arms spread like mini aircraft!!!!!! (I will try to upload a video!) ... Nana was pretty much crying with laughter.  We all were. 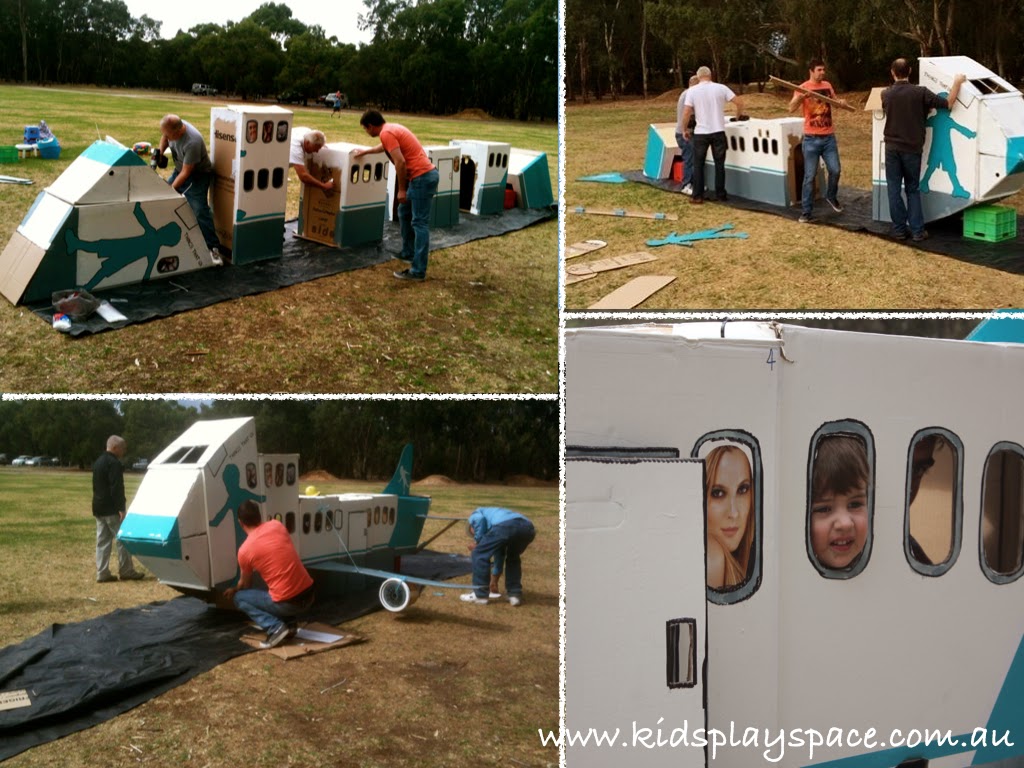 Then there was the cake. B had been telling everyone: "I'm going to eat an airport" for weeks prior, so the pressure was on to produce an airport cake! Also, as berries are some of his absolute favourite foods, I thought I'd take a short cut this year (as opposed to the massive puppy dog cake of the 2nd Birthday Tea Party in the Park ) and use packet mixes, with a little fruit embellishment. Yep. A short cut.
... 11 cake mixes (vanilla/ butter) -> 9 in the large base cake and 2 in the top one, 26 eggs, 500g frozen strawberries, 750g frozen blueberries, an orange and some cinnamon, not to mention the  4  1/4 hours OVEN TIME - including a scary moment or two when I thought the whole thing was going to overflow like a fountain as I'd filled the tin too high! 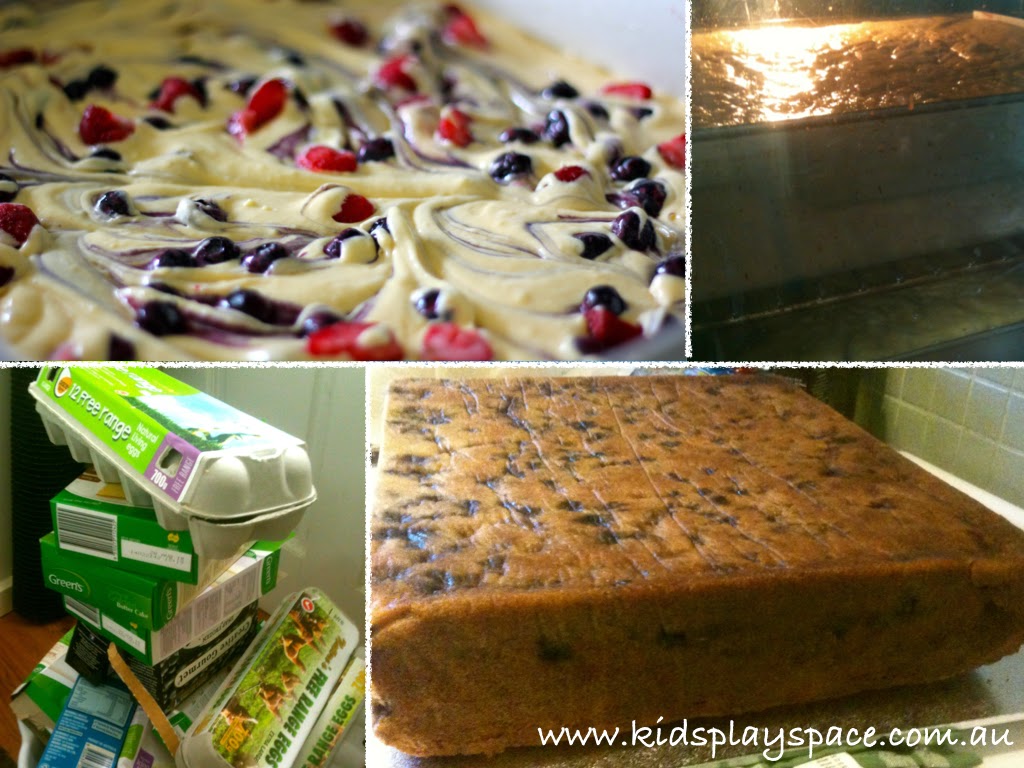 I used a jam sponge roll for the control tower, and rolled out and cut up pre coloured black fondant icing for the runways/roads (see what I did there?... another couple of short cuts!!!) The fun bit was the decorating... and B's reaction was all the thanks I needed - he loved it! Of course, next year's short cuts may include decorating a block of foam with fondant and candles.... who knows!!! 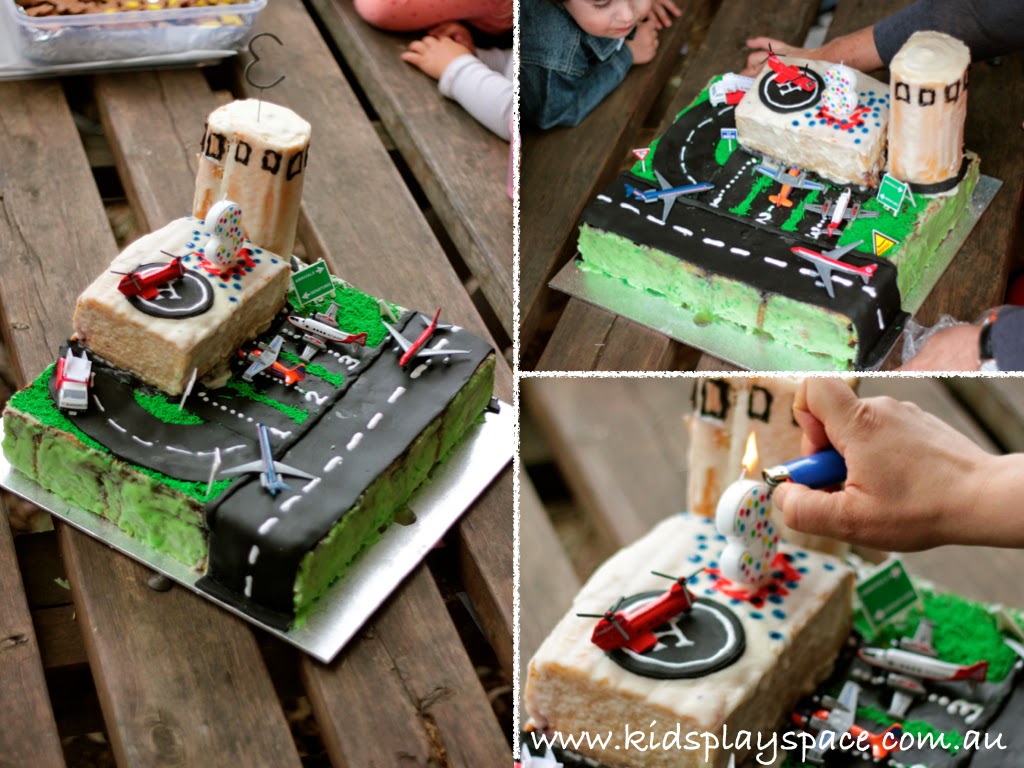 After a BBQ, the 'Things that go' cookies, rock cakes, construction worker gingerbread men, and traffic light jellies were all a hit:-) 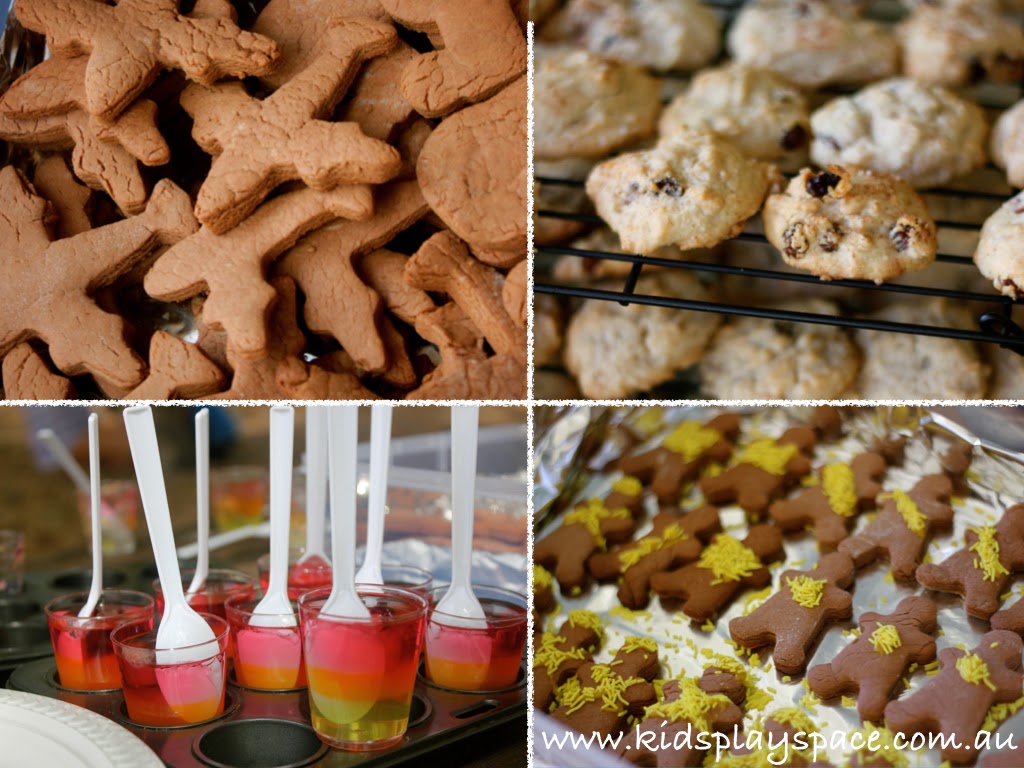 Such a lot of fun! We had a bunch of fireman and worker's construction hard hats for the kids to put on whenever they felt like it too, and a couple of rollercoaster 'trains' from our local toy library. 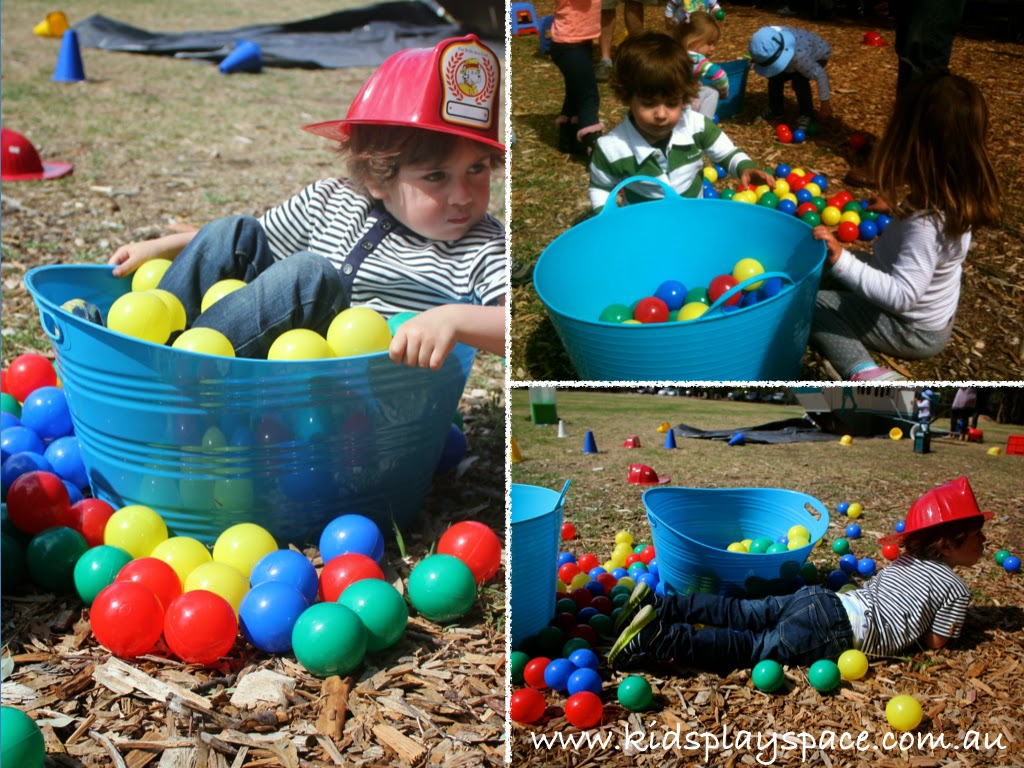 Thank you (loot) bags: Paper bags, themed sticker sheets, 'travel snacks' (sultanas), a kazoo, 'how to make a paper plane' instructions and paper, a little plane and car, and a set of Traffic Light Rocks - just because! I may or may not have also collected some motion sickness bags - if anyone wanted to take some cake home... or 'just in case'!!! 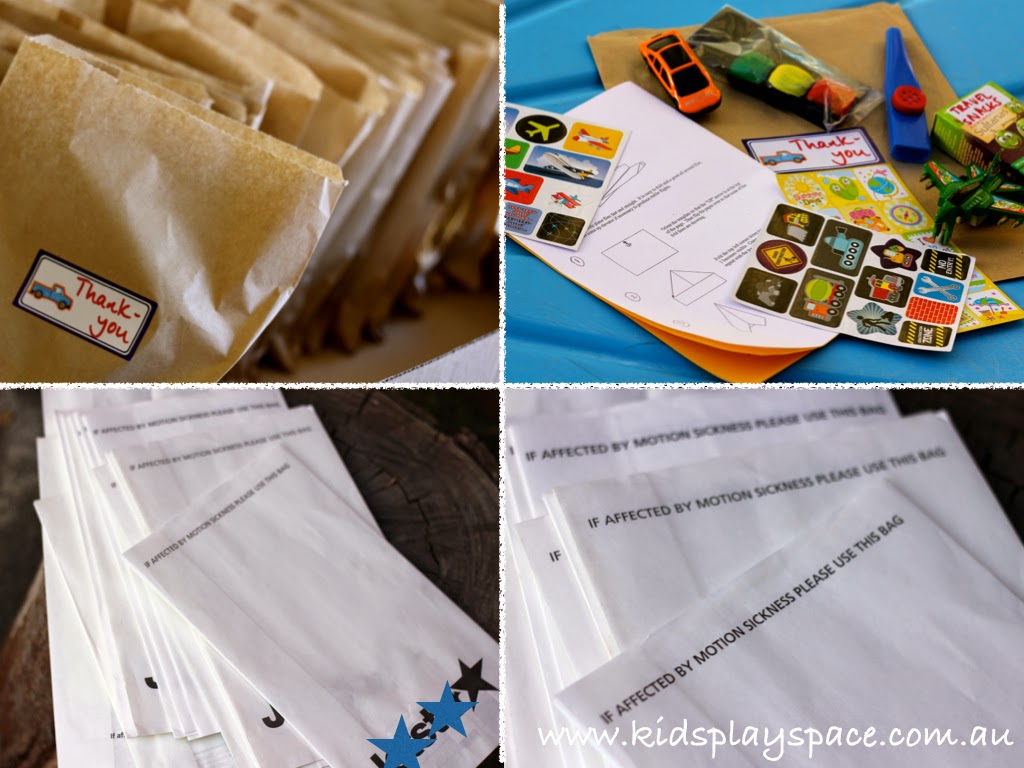 It's hard work partying and we had such a fabulous time with everyone who could make it! A massive thank you to my whole amazing family and wonderful friends who helped get this lil show on the road!! ... until next year:-) 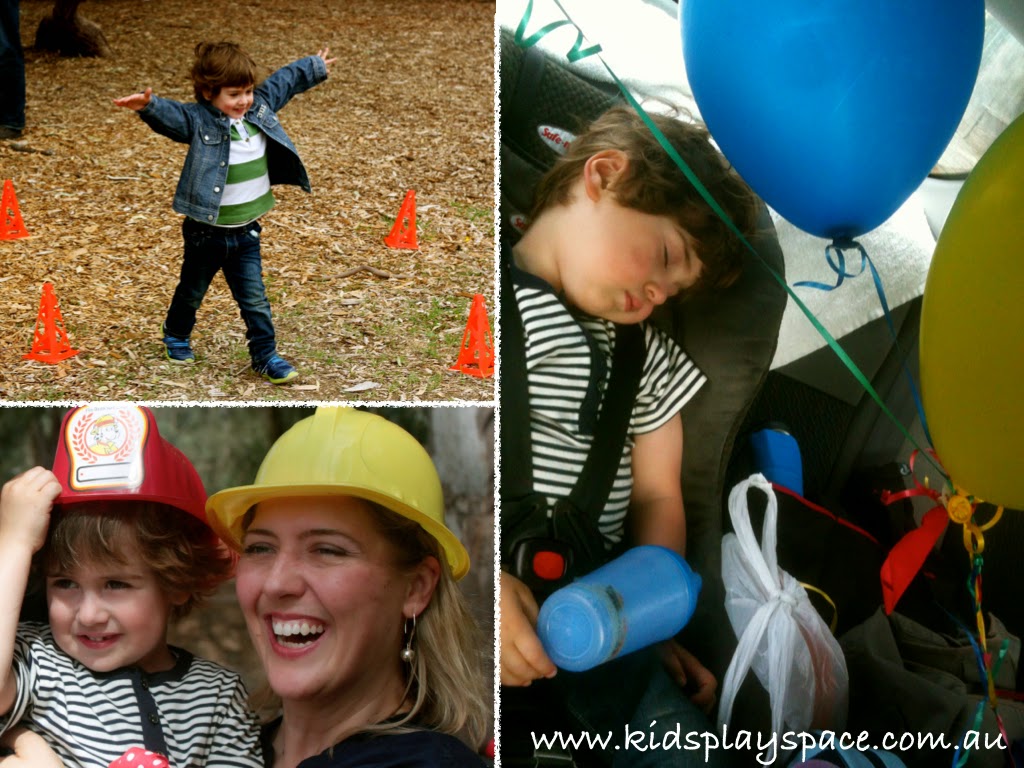 ...Oh, and if you are wondering whatever became of the wonderful plane... I believe a couple of sections were taken by some party guests, and the middle three have transformed into a train carriage in our small outdoor area! B loves to push it back and forth from 'station' to 'station', and it seems to be holding up well in the rain we've been having ... so far!!

A 2nd Birthday Tea Party in the Park - for a whole lot of toddler cooking party fun! 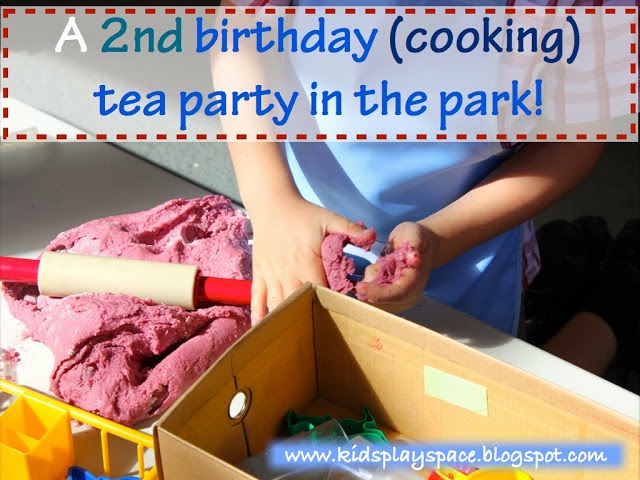 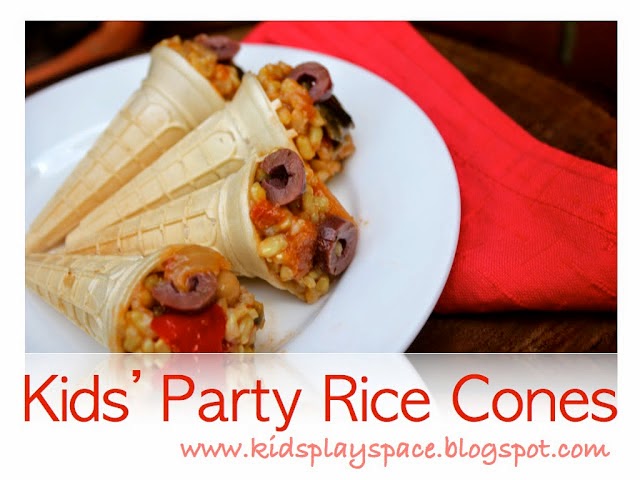 Discovery Bottles - Made by and with a 2 year old 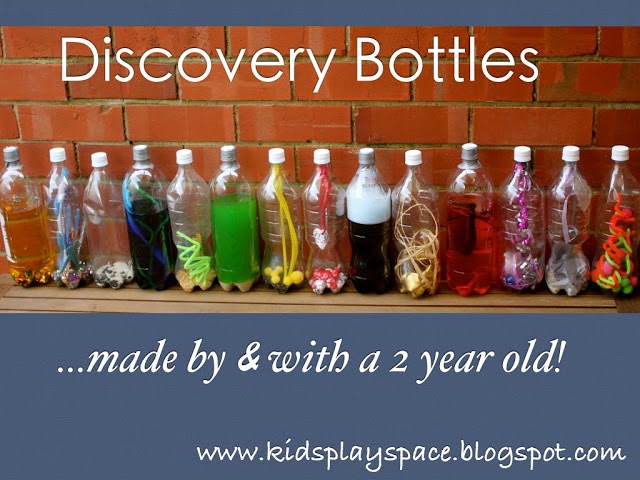 Thanks for visiting Kids' Play Space,
Happy playing!
'til soon,
Anna :-)
[Be sure to follow along on Facebook, Pinterest and Google+ for all our Kids' Play Space updates!]
Labels: 2-3 years Toddler birthdays cars n things that go mama's journal